We are pleased to advise that an inspiring Short Film/Video on Six Sigma Films YouTube Channel which deals with the issue of eve–teasing has gone viral across social media platforms. It has recorded nearly 6,00,000 YouTube views in last few days and has engaged the viewers into an intense debate.

According to Mr Anurag Khanna, CMD, Six Sigma Films - "Our attempt is to bring short videos/films for audience that generate dialogue, spark change and inspire action around relevant issues in everyday life. This video shows how a small step can help in curbing the menace of eve-teasing."

We feel that this inspiring Video on eve-teasing should get a wider audience and will request you to share this video amongst your network.  Because if we don't take the first step to protect our women, who will?

You can watch Eve-teasing short film "Front Foot" at - http://youtu.be/YqypMMAWMQQ


More inspiring short films, Videos, documentaries are available at- https://www.youtube.com/sixsigmafilms
For more information or queries, pl contact us at - sixsigmapr@ gmail.com or sixsigmafilms@ gmail.com
Posted by Unknown No comments:

An 11-member jury, headed by noted directed Saeed Akhtar Mirza announced the 61st National Awards in New Delhi on April 16, 2014. The Awards ceremony will be held on May 3, 2014

Posted by Unknown No comments:

This Docu-drama is about Breast Cancer and is made under guidance of Tata Memorial Centre (TMC), Mumbai. Padma Shri Dr Rajendra A Badwe, Director, TMC also feature in this video.

This is a must watch video for all women.  Please spread the awareness....

To watch more inspiring & entertaining short films and documentaries in all genres, Subscribe Now at - www.youtube.com/sixsigmafilms
Posted by Unknown No comments:


Republic Day is not just the day of independence, but the day to celeberate our constitutional rights. But unfortunately, our country is still disintegrating from the hunger, poverty, illiteracy, superstitions, gender inequality, disabilities, sexual discrimination etc.

We present you a special compilation of short films that touches upon one or more of these aspects. View, Learn, & Share! Pledge for your country http://bit.ly/1dDZNFK 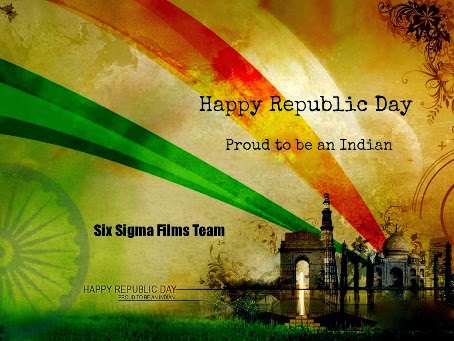 Posted by Unknown No comments:

On 5th anniversary of 2008 Mumbai terrorist attacks, this video from Six Sigma Films is dedicated to the spirit of Mumbaikars & Mumbai, who bounced back after the 26/11 attacks.   Watch at http://youtu.be/RgZeCEBFPuY